Abstract Drawing of A Beautiful Face

April 12, 2010
Monday means time to work. Here, it's time for a new tutorial. Basic idea of this tutorial is to reveal the beauty of a woman. With Photoshop, we're going to create an abstract image of a floating woman's face with subtle lights behind her.

Grab the model's picture. Just take her head and paste it on new layer. Add layer mask and using soft brush (hardness: 0% and opacity 80%) paint its hair with black until only her face left.

Activate grafient toll and draw gradient with setting shown below. Choose radial gradient from the option bar then click and drag from the middle of the canvas to create Background like you see below.

Grab floral brush from DeviantArt. Set its size and paint her hair with white until some of it revealed. To keep the brush from repeating pattern, change Angle setting in the brushes panel. If you don't understand how to use custom brush, I suggest you to read this tutorial first.

Keep doing it until we have result similar like this.

Create new layer above the Background. Draw radial gradient from black to transparent behind the model's head.

Hit ctrl+T and change its shape until it looks like shown below and lower down its opacity to 20%. With soft eraser (opacity: 25%, hardness: 0%) erase both ends.

It's time to give subtle lights behind her head. Create elliptical selection and fill it with white. Add Gaussian Blur with big radius.

In this condition, the lights does not look interesting. To fix it brush it outside using smudge tool. After satisfied enough, change layer's opacity to 50%.

Activate the head's model layer. Alt+klik New Layer icon and dhoose Use Previous, Mode: Overlay, and Fill with. Paint with burn tool to darken some of her face and dodge for the opposite. After finish, lower down the opacity to 50% to reduce the effect of dodging and burning.

Finally, here's our final result. Click here or click on the image to see it in full size. As usual, I provide psd file at the end of this tutorial. I hope you like it.

Popular posts from this blog 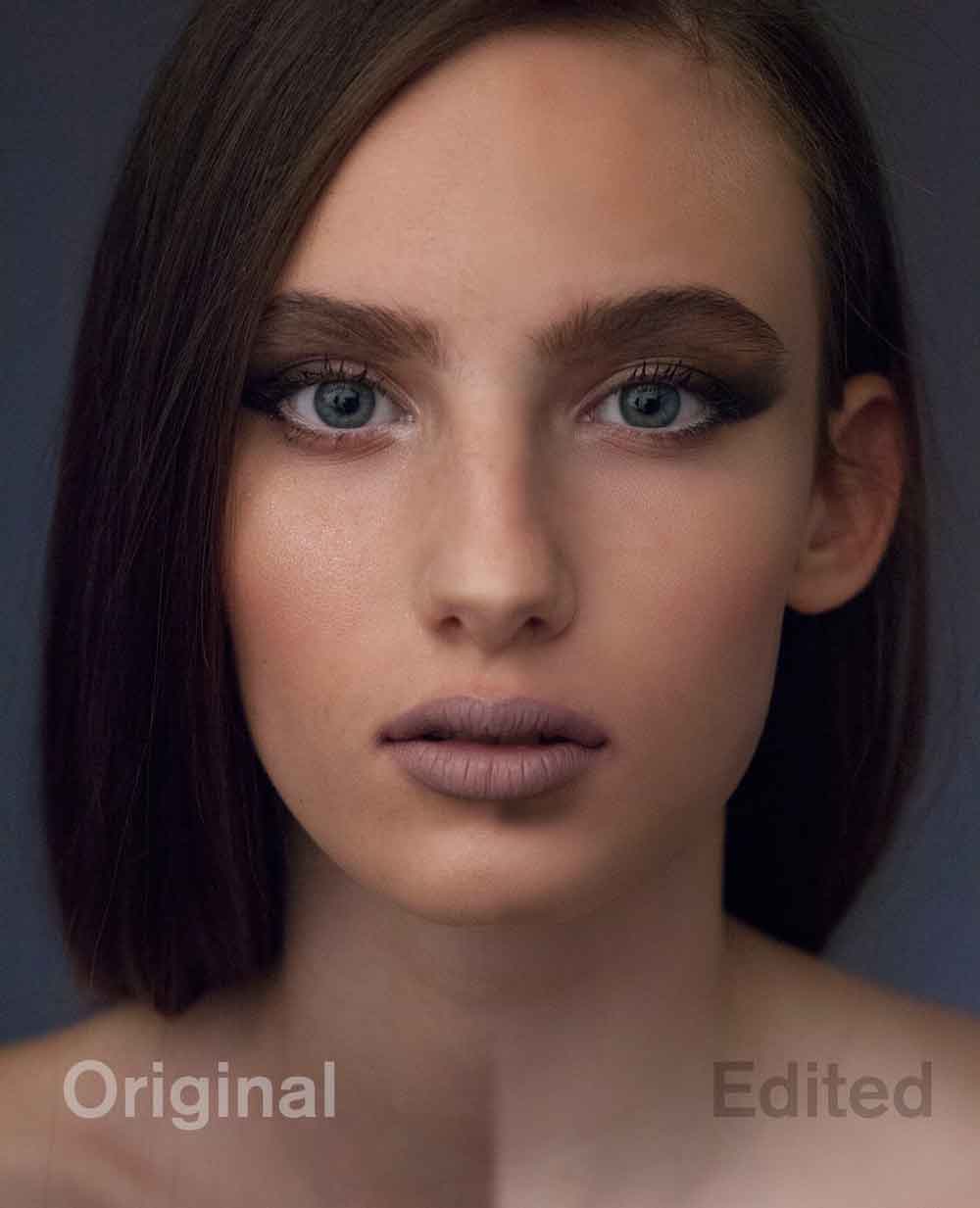